The 24 boys and girls in the Youth Olympic kiteboarding event were able to complete one elimination series race today in gusty and shifty conditions, with the top three of both the Girl’s and the Boy’s fleet remaining the same. With their medal race scheduled for Saturday, plenty could change in tomorrow’s races.

In the Girl’s fleet, another win for Alina Kornelli (GER) gives her an eight-point lead, but the chase for the silver and bronze medals is much closer, with six athletes separated by just seven points.

Currently sitting second is Sofia Tomasoni (ITA), who is only a point ahead of Nina Font (ESP) in third.
“Today was pretty cold and I struggled with that; I had to race in the Final B, which I won, but I’m not so happy with my results,” said the Italian. 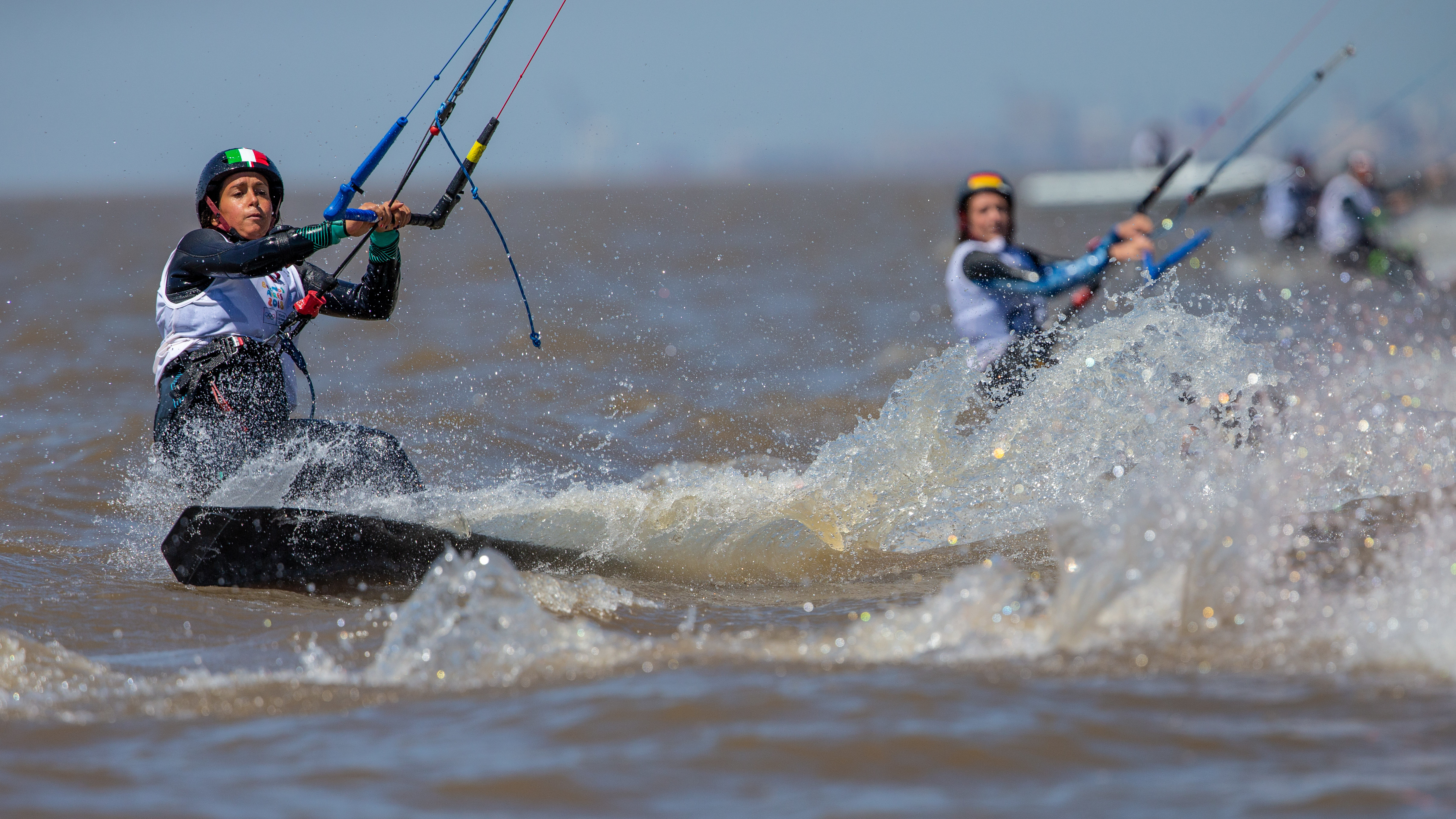 “I’m still second, so I can’t complain. You really have to be focused on what you’re doing and take a good kite size.”

The fight for gold is not quite as clear-cut in the Boy’s fleet; Deury Corniel (DOM) won today’s race, but he’s just five points ahead of Cameron Maramenides (USA) and six ahead of Toni Vodisek (SLO). 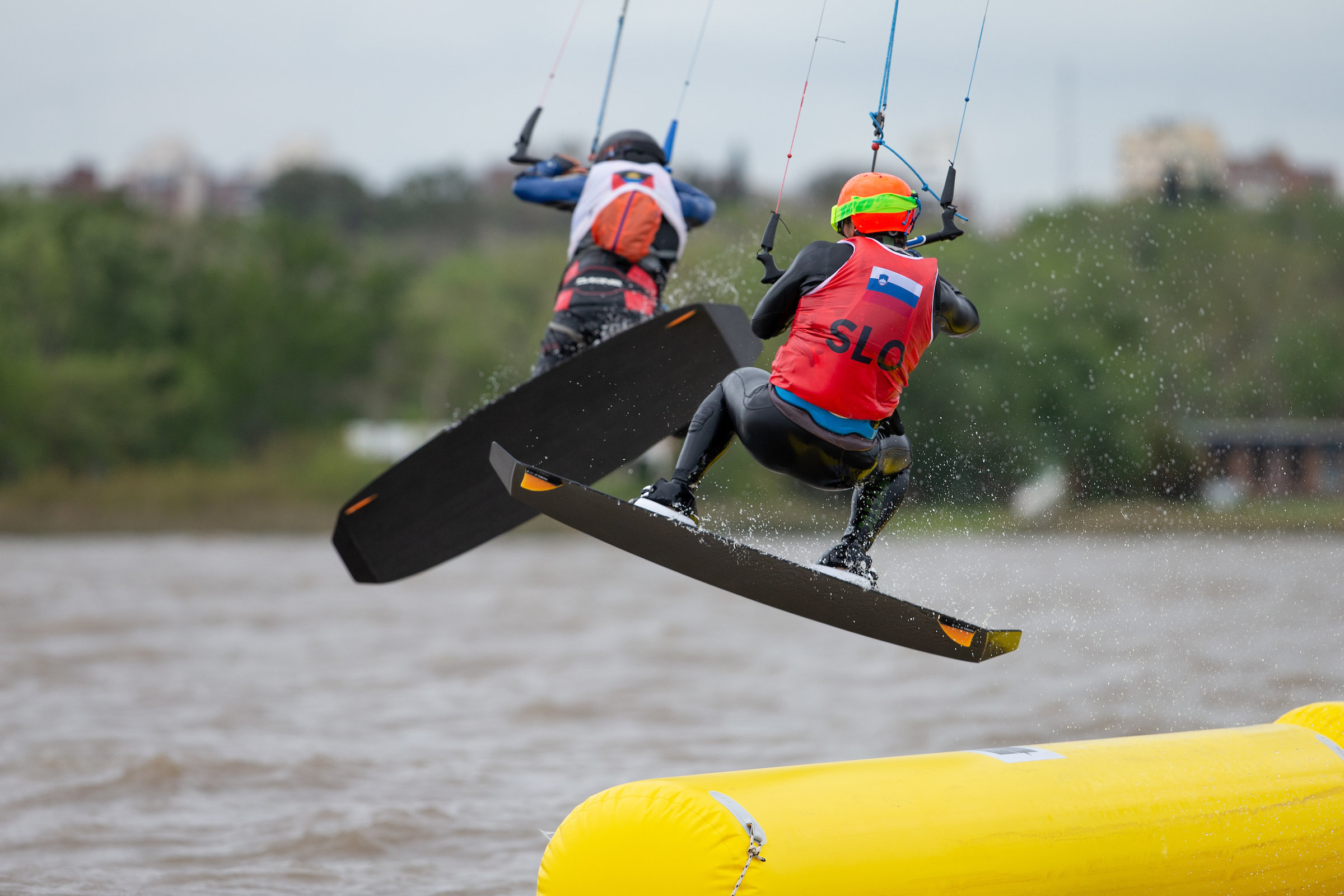 “There’s a lot of fierce competition and a high level of kiters, so I’m just trying to stay focused,” Maramenides said.
“It’s a pretty tight race between the three guys for gold and silver – I’ll be going for gold over the next two days.”

Racing continues at 12:00 local time on Friday 12th October. The Boy’s and Girl’s Windsurfing fleets will sail their medal races, while the Mixed Nacra 15 fleet will resume racing after today’s reserve day.