The Dominican Republic duo of Adeury Corniel and Lorenzo Calcaño surged into the lead, capturing the top two spots in the standings after a scintillating day of TwinTip: Racing (TT:R) in light breezes off southern Italy’s Hang Loose Beach.
Corniel has barely put a foot wrong, winning every one of his races to cement his top spot on day three of the TT:R Pump Kite Trophy being staged in tandem with the TT:R World Championships on pristine blue Mediterranean waters.
Countryman Calcaño moved up the standings courtesy of increasingly quick and consistent performances on the equipment—four “tube” kites and one twin-tip board—that the young athletes will use at October’s Youth Olympic Games (YOG) in Argentina, where kiteboarding will make it inaugural appearance. 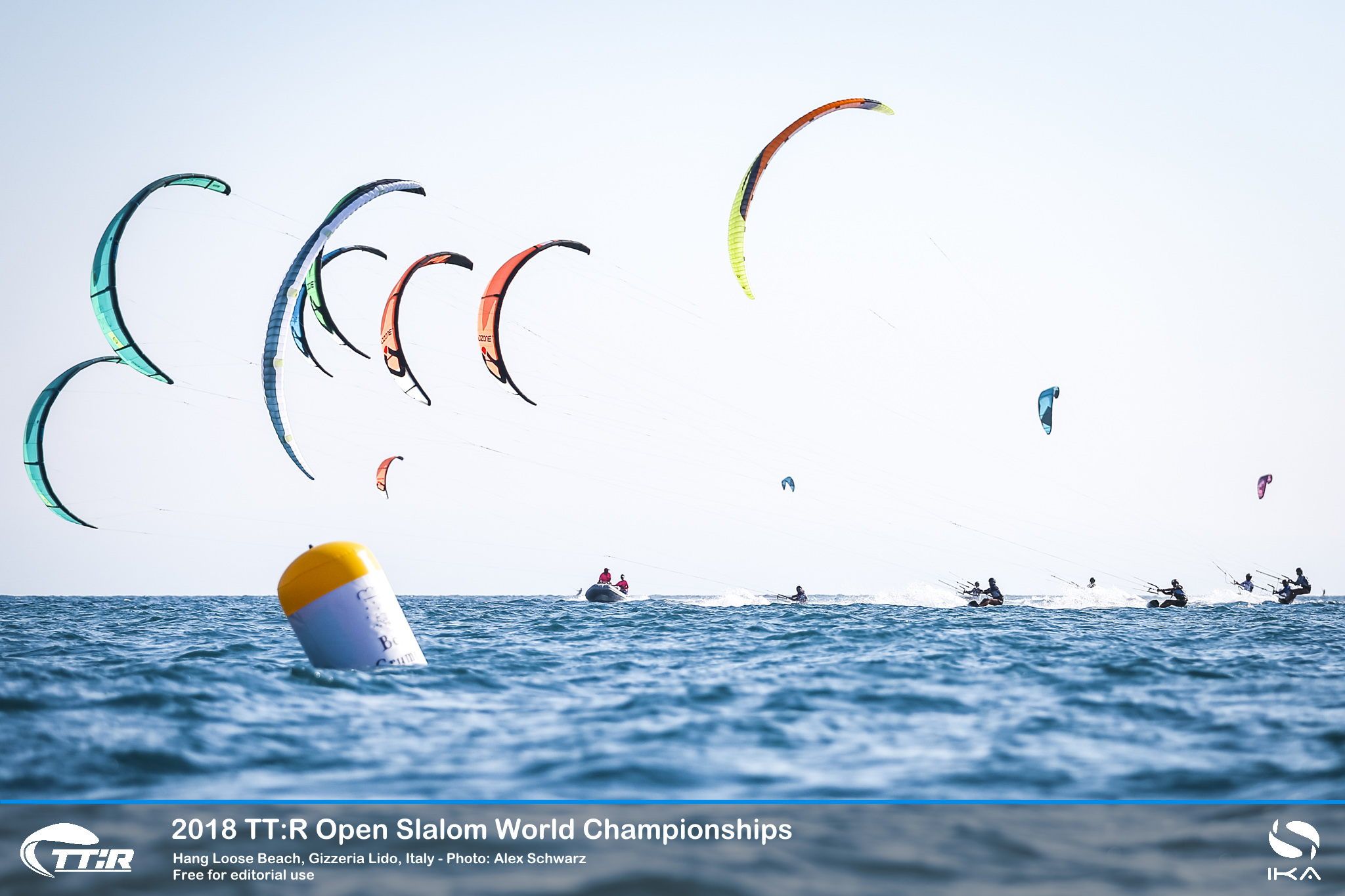 The International Kiteboarding Association (IKA) added the Pump Kite Trophy to the line-up in the kiteboarding mecca of Gizzeria to give the racers a chance to fine-tune their skills ahead of the games in Buenos Aires.
Most of the girls battling for the “open” TT:R World Championship glory, where any kites and twin-tip board can be used, chose to pit growing pace and skill against one another as they vie for that title.
On the third day of competition the pressure of the intense downwind slalom-boardercross races—with jumps added to enhance the spectacle—saw the women’s pack reshuffled with the strong Italian team commanding the heights in the standings. 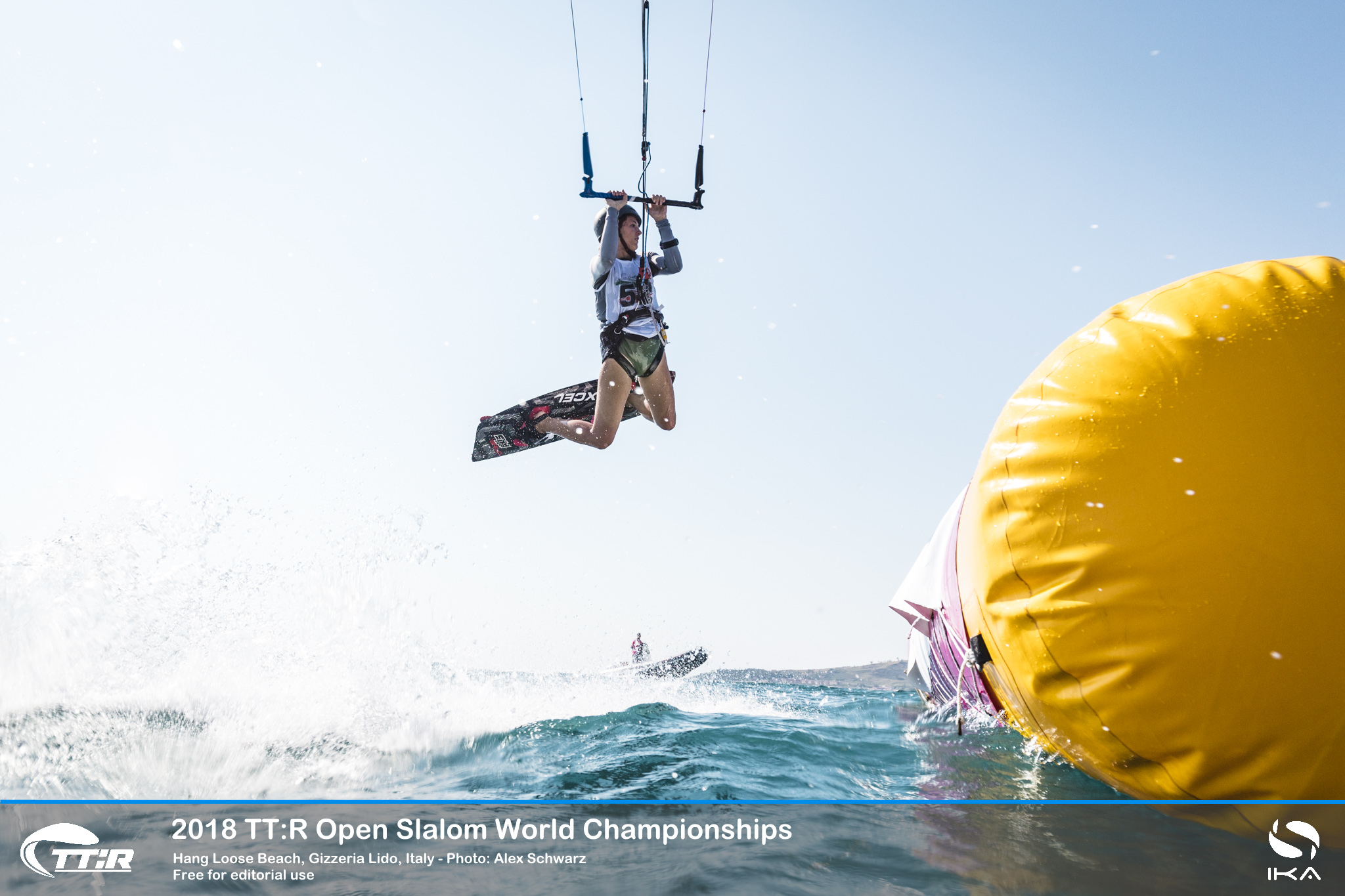 Consistently high-placed finishes in the vital elimination round deciders propelled Italy’s Irene Tari to top of the leaderboard, with countrywoman and former TT:R Youth World Champion, Sofia Tomasoni, rising to third spot.
The pair were split in the standings by the reigning TT:R Youth Worlds title holder, Spain’s Nina Font Castells, who had a mixed day in the light breezes that varied between 9kts and 11kts, toying with athletes and race officials alike.
But in a women’s division stacked with rapidly-improving talent the margins are extremely fine between the quickest athletes, with any small mistakes punished heavily as overnight leader, France’s Poema Newland, discovered to her cost. 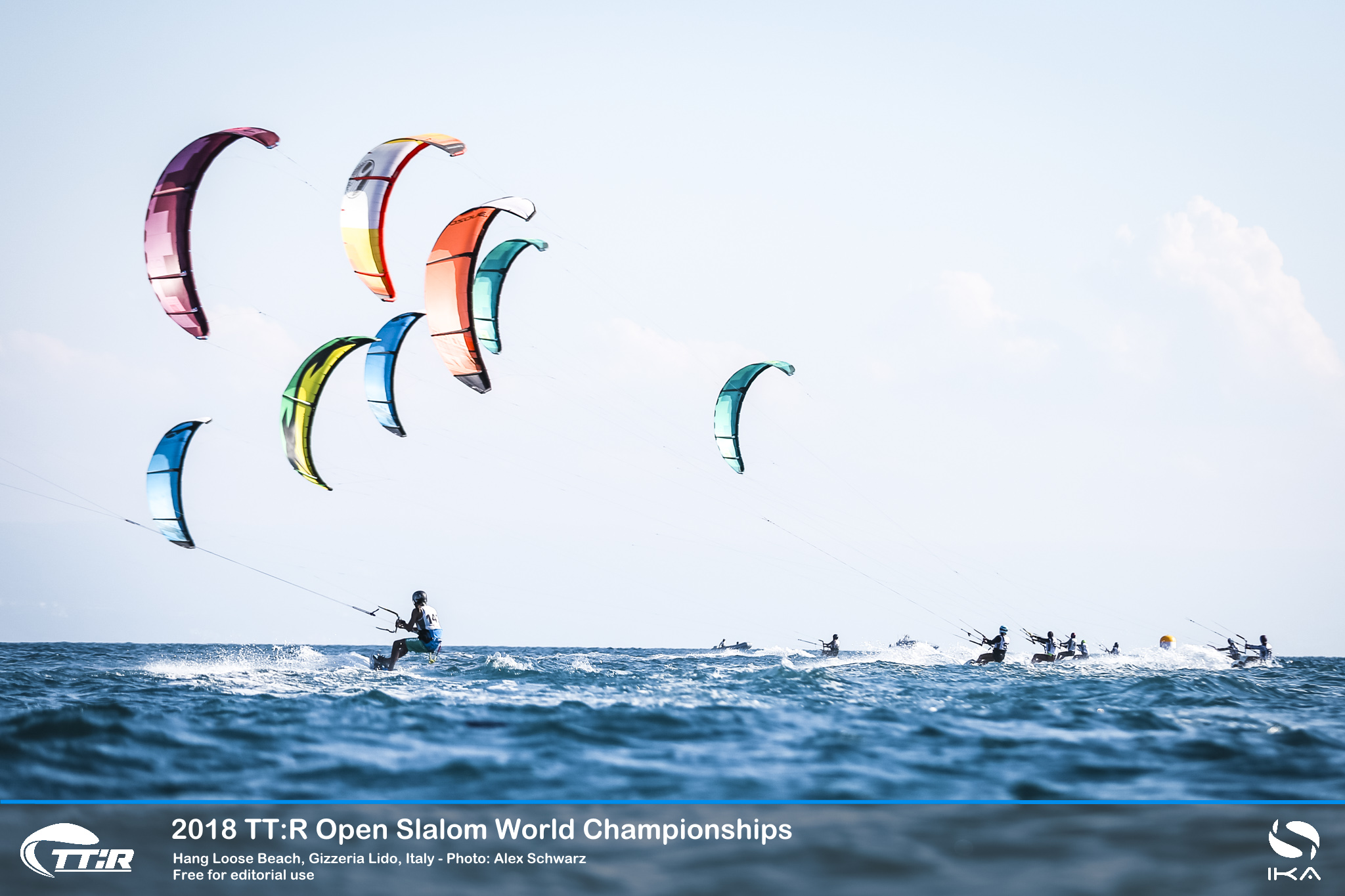 Newland incurred a series of penalties in several heats as she pushed hard and as a result failed to make either of her day’s elimination round deciders, pushing her down the standings to fourth overall.
By contrast Germany’s Alina Kornelli found more consistency and avoided some of the clashes with other racers that had so far hampered her challenge, taking an elimination round decider and moving up to seventh spot.
“Now for me it’s getting better and I hope I can go the rest of the series without any more tangles,” said Kornelli. “I think the women’s fleet is so mixed up because of the light wind, and the fact that everyone’s got so much better.” 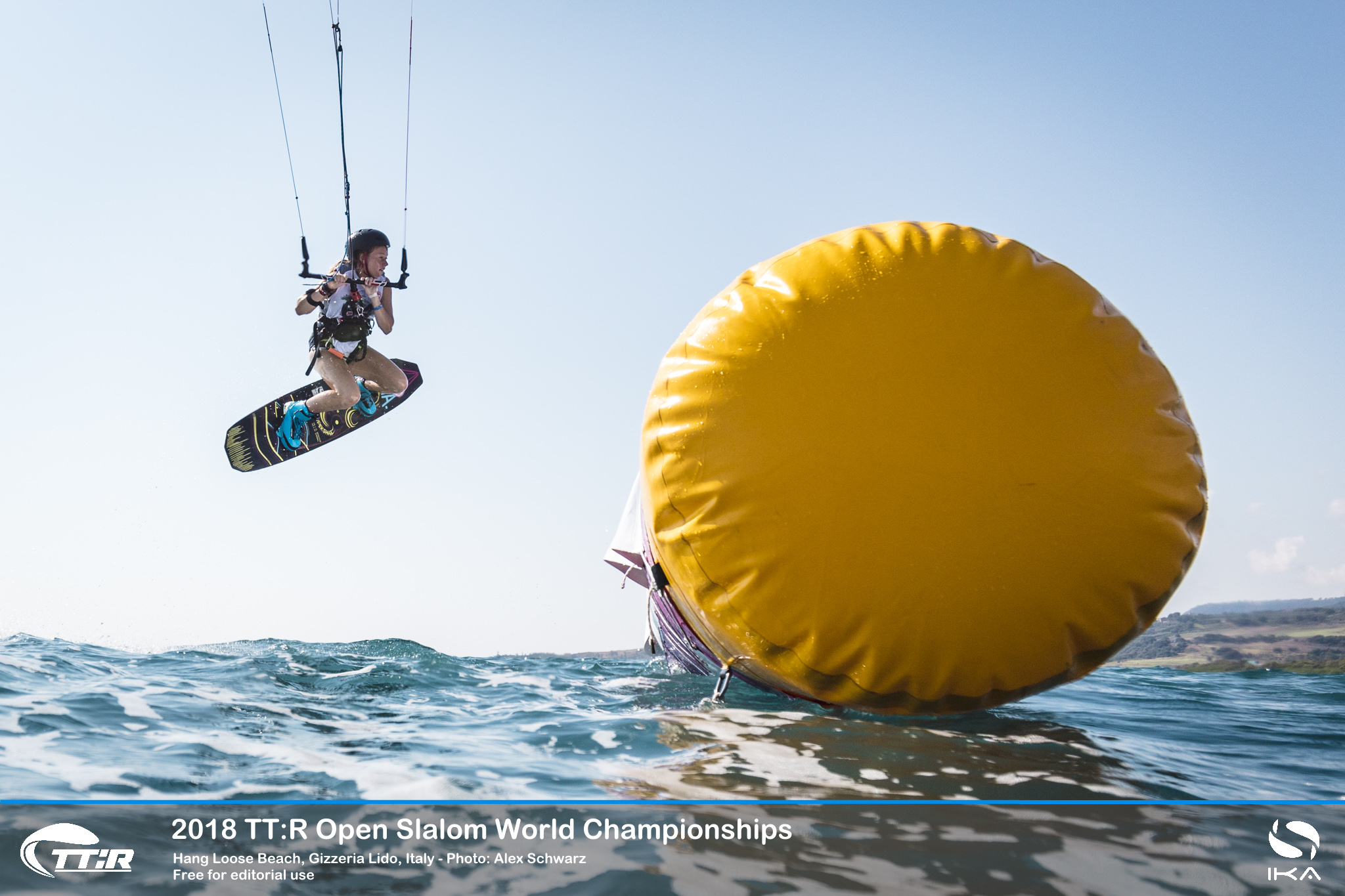 But in the glorious south Italian sunshine Germany’s Florian Gruber, going for his third successive TT:R World Championship title, stretched his overall lead with two comfortable elimination round decider wins thanks to his perfect starts and pace reaching the all-important first mark.
France’s Victor Bachichet sits in third, just behind Croatian Martin Dolenc, and is looking to improve his standings over the final two days.
“I would certainly like to get up to second, or even first spot,” said Bachichet. “But I have to make good starts, that’s the most important thing. But Gruber is very good at the start and getting to mark one first.”