Margins separating the top athletes in the women’s fleet at the fiercely-contested TwinTip: Racing (TT:R) World Championships are so fine that the overall leaders constantly traded places after another day of thrilling kiteboard racing in southern Italy.
But with two wins in the crucial elimination round deciders, Germany’s Alina Kornelli topped the standings going into the final day of the competition being fought out on the turquoise waters just off Gizzeria’s Hang Loose Beach.
On the penultimate fourth day of the exhilarating TT:R Worlds, Kornelli pushed her way up from seventh spot after discovering quicker pace and managing to avoid costly penalties that have dogged many of the other crown contenders in a field packed with talent. 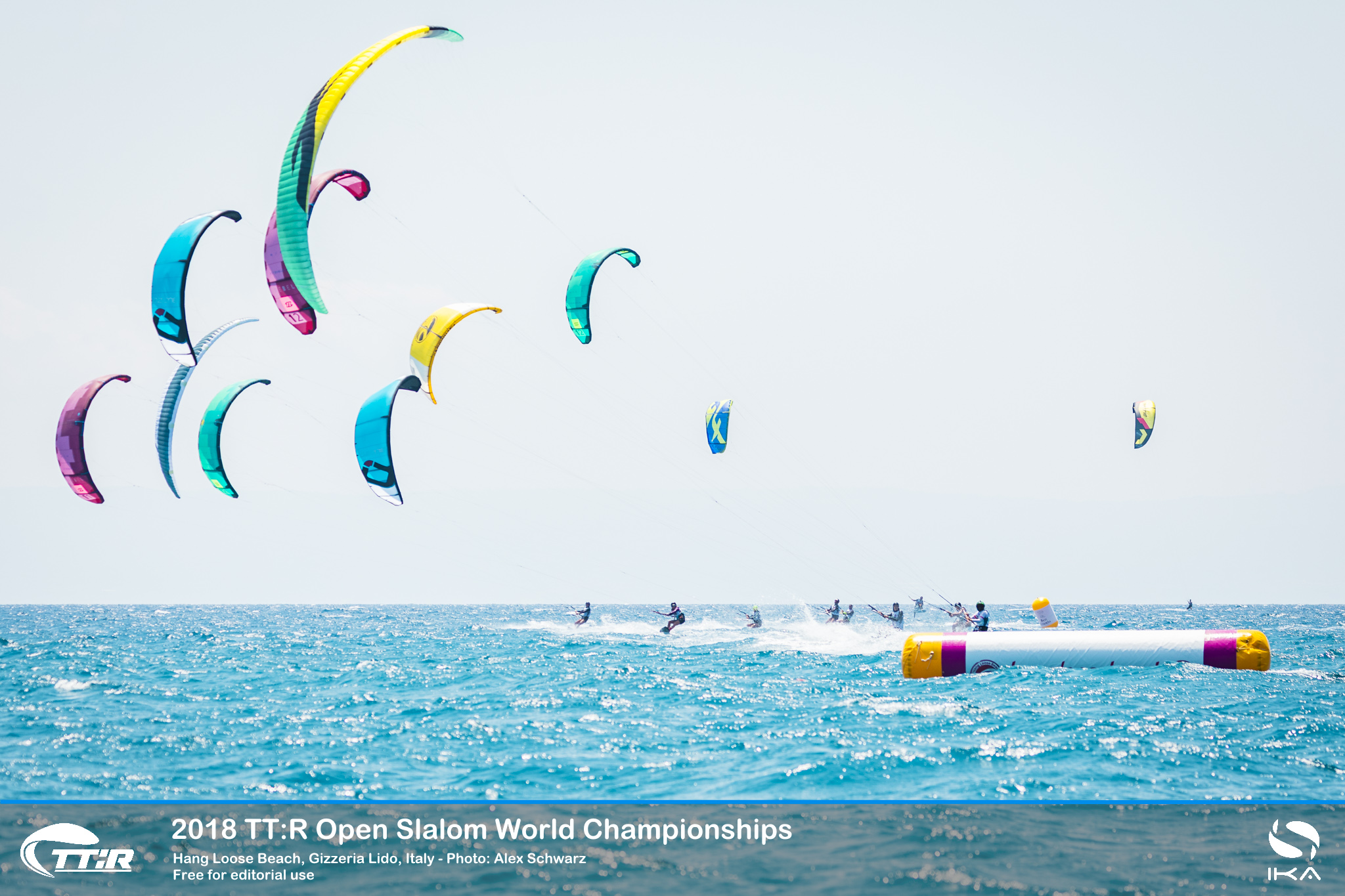 The US’s Daniela Moroz, the two-time International Kiteboarding Association (IKA) Formula Kite hydrofoil world champion, also moved swiftly up the order to second on the leaderboard with a series of clean races where she managed to steer clear of trouble.
In the men’s division there was no such churn of the personnel, with defending two-time TT:R World Champion Florian Gruber (GER) extending his points lead over rivals with a series elimination round decider wins.
Yet in the second of the day’s showdowns in perfect 15kts breezes blowing over flat Mediterranean waters, Gruber was caught in the mayhem of a spectacular four-kite tangle while leading on a drag race to the first mark. 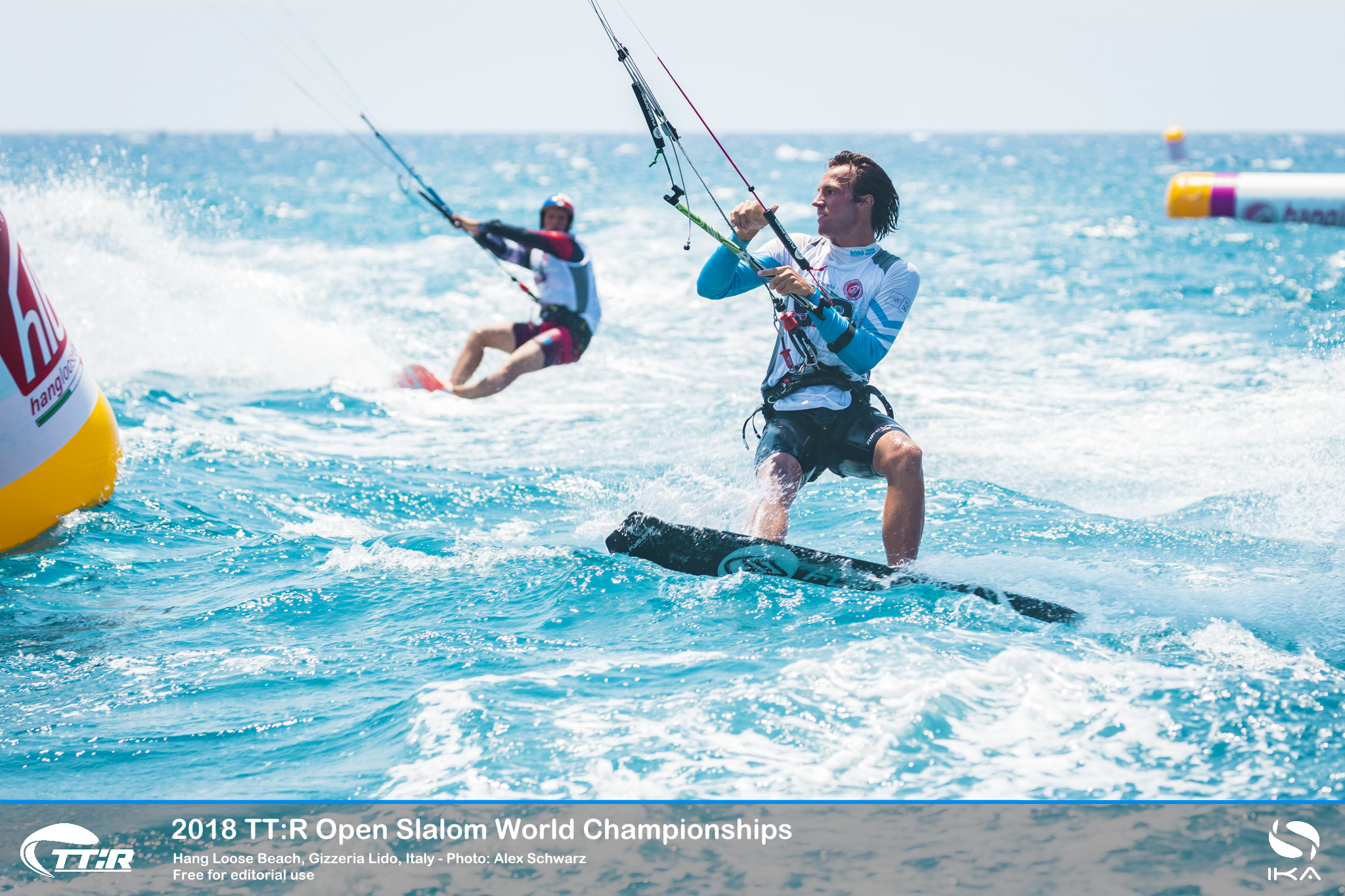 The German racer was given “redress” and a first-place position that tightened his grip on the top spot, one that the chasing pack of TT:R European Champion, Martin Dolenc of Croatia, and France’s Victor Bachichet, will find difficult to catch up on the regatta’s fifth and final day.
In the men’s TT:R Pump Kite Trophy, being run in tandem with the TT:R Worlds to afford young athletes an opportunity for further practise for the October’s Youth Olympic Games in Buenos Aires, Argentina, the Dominican Republic appears to have a lock on the top.
Adeury Corniel has proved virtually unbeatable over the four days of the spectacularly quick downwind slalom racing, with jumps thrown in to add to the drama. The Dominican faltered briefly in a heat when he failed to win for the first time, coming second, before going to boss the subsequent elimination round decider.
“Sometimes you have to come second, to come first,” joked the relaxed Corniel as he came ashore after his loss. Corniel’s command of the division is so complete, his worst score for “discard” is a victory. 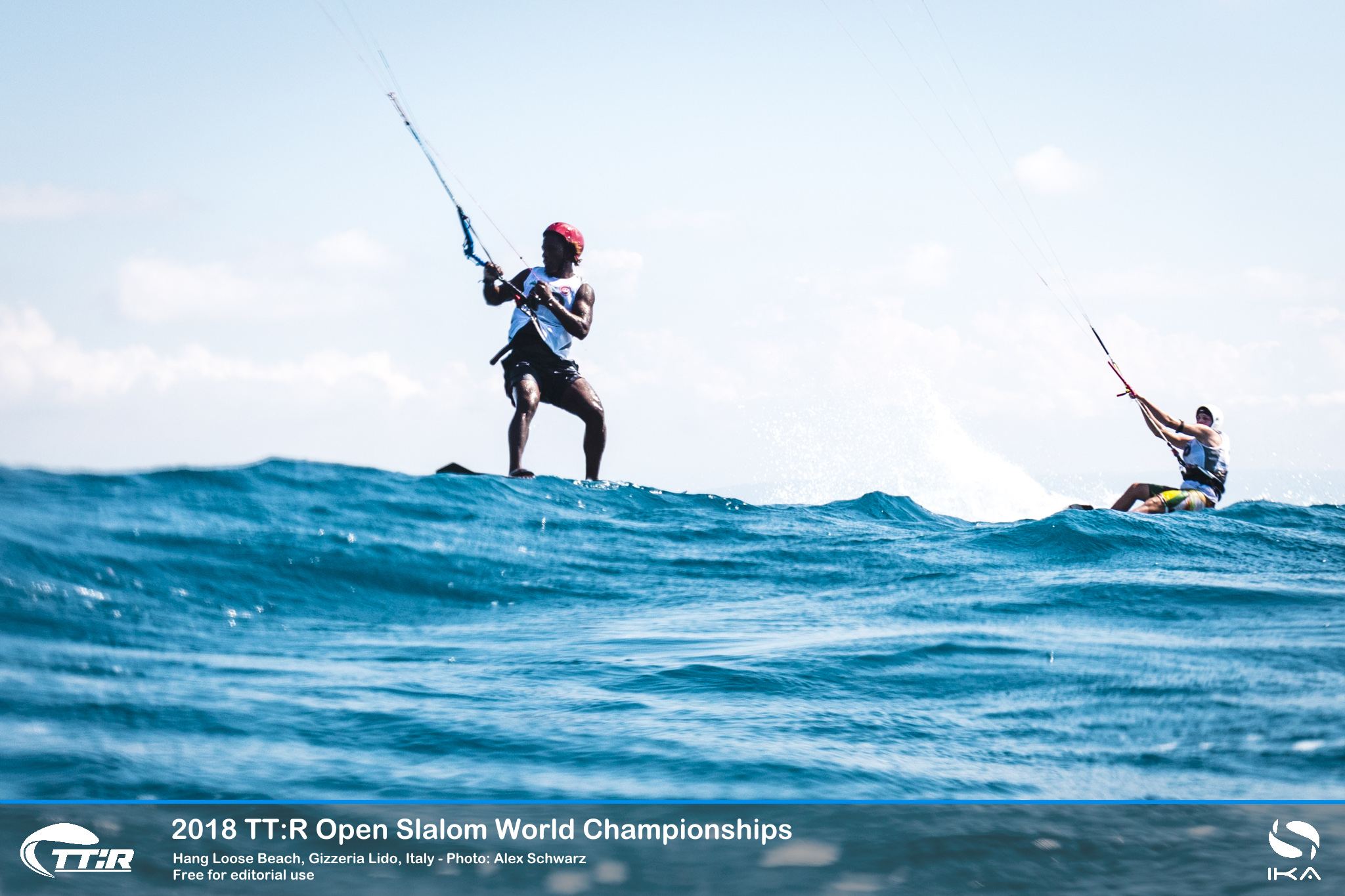 Countryman Lorenzo Calcaño has been hard on his heels throughout the competition and had another exceptionally quick and error-free day of racing to keep him second overall, with the US’s Cameron Maramenides climbing to third just a few points adrift of the Dominican.
In the women’s TT:R Pump division Poland’s Oliwia Hlobuczek moved further ahead in the points’ standings, topping Russia’s Anna Fedorova who suffered uncharacteristically mixed fortunes on the track with its glorious backdrop of rolling Calabrian olive groves.
The contrast to the women’s TT:R Worlds division is stark. Just two points separate the top four competitors, with all to play for on the final day. Germany’s Kornelli has posted increasingly-strong showings as the pressure mounted. 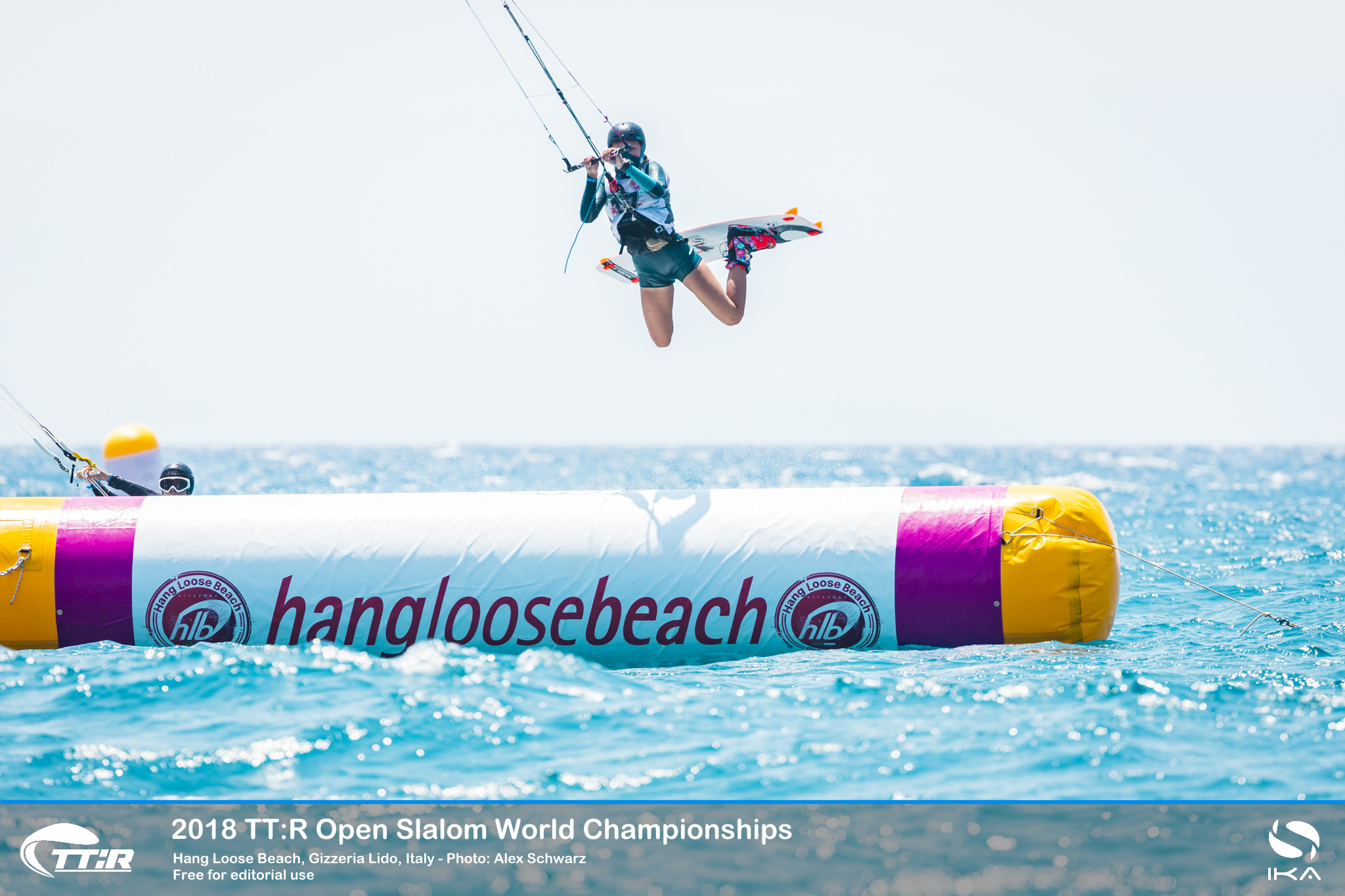 “It’s going really well now,” said Kornelli. “I just try to keep away from the other kiters who might disturb me. It’s much easier if I can get to the first mark in the lead. If the others are behind, they seem to pick up penalties.”
Moroz, who was often not the quickest on the course, agreed. She forged her way to second spot as others fell by the wayside, courtesy of penalties that pushed they down the order.
“I’m a bit puzzled over how I got to second spot,” said Moroz. “Everyone else is making mistakes. You just have to really careful about your sailing. Penalties are costly, so it’s really important to sail clean.”

Tweet
More in this category: « Dominicans Riding High at Youth Olympics Primer in Stellar Kite Racing in Italy Nail-Biting Finale at TT:R Worlds as Kiteboarding Champions Crowned in Italy »
back to top